Forbes Lecturer Michael Bierut has his designs on graphics and writing 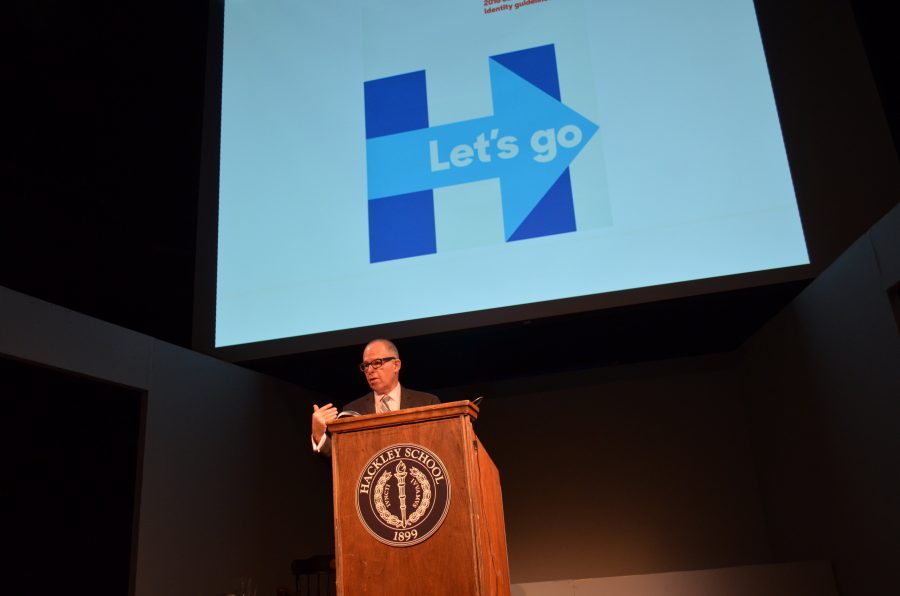 Graphic design may not be something that you consciously and often think about, but it impacts almost every part of your life: every sign, every logo, even the typeface in every word you read.

Last week, the Hackley community had the unique opportunity to listen to the 2016-17 Forbes Lecturer, Michael Bierut, one of the world’s most acclaimed graphic designers, as he shared his insight into how graphic design impacts ours lives in a myriad of ways. After his lecture, The Dial had an exclusive interview discussing his career and experiences.

A graphic designer whose clients have been as varied as Disney, Shake Shack and Princeton University, Mr. Bierut first became interested in graphic design due to his love of album covers. “Chicago was my favorite [band] from the late 70’s. They made the word Chicago in the same style for every album but rendered in a different way. Once in wood. Once into a flag. Once as a chocolate bar. I liked their music but was smitten by their themes,” he said.

Mr. Bierut then described the exhibits that he enjoyed creating for the Rock & Roll Hall of Fame including one for “the ‘Summer of Love’ in 1967…the high point of the hippie movement. Janis Joplin, she had an incredible car, John Lennon’s Rolls Royce, Jimi Hendrix’s guitar…I used Cooper Black typeface…a funny, blobby typeface that I never used, with Day-Glo colors in a hippie-like way.”

Reflecting how the graphic design industry has changed drastically over the years, Mr. Bierut stated, “When I went into this profession, having graduated from high school in 1975 before computers, people like me were a very specialized sort of thing.” He described the graphic design process then as “analog and somebody would hand me a poster and they would type into an IBM typewriter and it was Carrier type … it was all physical – like making a cake and gluing stuff together. [With current technology, what] might have taken 24 hours to change then is now just minutes.”

Mr. Bierut clearly enjoys his profession: “What I came to like about graphic design is it brings you in contact with a lot of different people…in all walks of life…We did graphics with the New York Jets where I got to visit their locker room since I was going to design their hats.” His job provides “a glimpse into a world that you would never see.  If you’re a brain surgeon, you do lifesaving work, but you’re seeing the same thing every day as admirable as it is.  I get to see a different set of people – like a spy.”