Teachers limit phone use in class 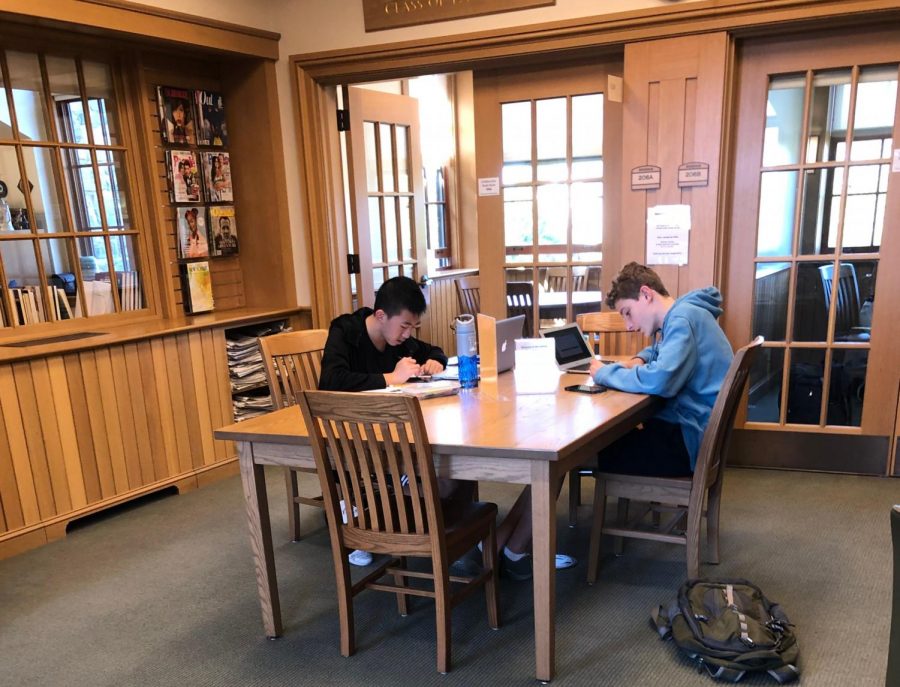 Teachers and students often debate the phone ban that has been instituted in certain classes throughout the Upper School. In certain classes, students are asked to keep their phones in their backpacks or place them in front of the classroom in order to help them focus. Despite the fact that students quickly began to complain about the lack of access to phones, a number of teachers at Hackley stand by their decisions and have seen major improvements in the classroom.

It is no secret that this generation of students face different challenges and live very different lives than their teachers did decades ago. Today’s high school students have grown up with the constant presence of smartphones at their fingertips. Students have learned to use this technology to their advantage with the use of apps, cameras, and the Internet with just a few quick clicks.

Upper school math teacher Karen Casper starts each class with students placing their phones on the front desk of the classroom. As students part with their phones at the start of each class, the “atmosphere has changed,” Ms. Casper said. She found that after the change, students walk into the classroom and talk to each other more frequently rather than scrolling through social media or checking the most recent sports updates, which has had a great effect on the classroom atmosphere in comparison to past years. Casper has also seen changes in focus because students are no longer tempted to reach into their pockets or into their bags to check a text or see what the buzz was for.

Like Ms. Casper, modern language teachers, such as French teacher Katherine Taylor, have asked students to keep their phones in their bags. On the first day of school, Ms. Taylor highlighted the fact that students must be focused and engaged in order to learn a language because of the need for participation.

Although limiting the use of cell phones in class seems great in theory, some students have found it has been more harmful than helpful. Many students have thought about the chance of there being an emergency at school and are uncomfortable with the fact that they do not have their phones to call for help. Ms. Casper strongly disagrees.

“Well if there is an emergency you can just walk over and pick up your phone or we go to Ms. Coy and we make a phone call … It’s not like they are in a trash bag and we are putting them in the Admissions Office for the day,” Casper said.

Students also feel that they sometimes need their phones in class.

“We need phones in order to take pictures of the notes or the textbook pages” said junior Sadie Nipon.

That issue can be solved as well. As a number of people have Apple devices, one student can take out the iPad Hackley has provided for them and Airdrop the photo to people on their iPads or laptops.

In modern language classrooms, students feel technology can be helpful in finding definitions and voicing their opinions.

“Technology allows you to look up a definition and not being able to get certain definitions prevents me from speaking clearly and coherently and being able to voice my opinion,” sophomore and French IV student Mayyada Shair said.

Although it may seem old fashioned, a printed dictionary or asking a teacher works just as well as a technological solution.

Although there are a few inconveniences to limiting the use of cell phones in the classroom, overall the absence of cell phones has been an improvement to campus as it aids focus and socializing before class. Students are no longer tempted to reach for their phones or just sit with their phones, scrolling through social media, without speaking to each other. Instead, the members of Ms. Casper’s math classes and many other classes throughout campus are filled with chatty students who are engaged and ready to participate without the distraction of their smartphones.