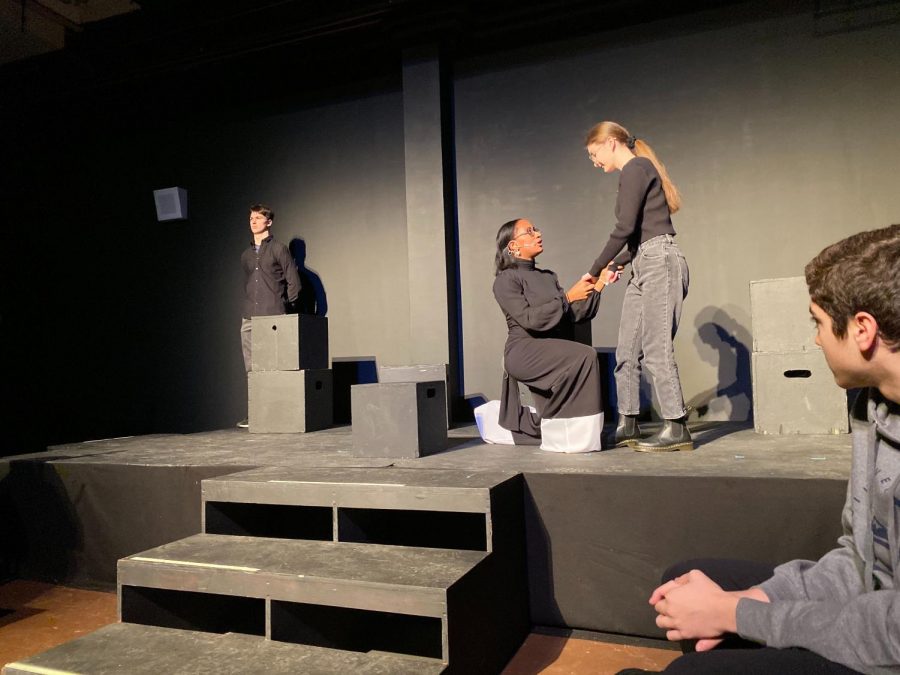 Senior Amanda Mooney and Junior Hadassah Henderson act out a scene from the renowned Broadway musical "Hamilton" in the Collage concert. These members of the "Hacktors" express their emotions during a pivotal moment from the show.

For their combined Winter concert, the Hackley orchestra, band, chorus, and acting classes implemented a Broadway theme. Taking place during Community Time, the annual concert featured a mix of renowned musicals. In addition to those mentioned above (Wizard of Oz, Wicked, Into the Woods, Hamilton, and Rent), the concert covered “Thoroughly Modern Millie” and “The 25th Annual Putnam County Spelling Bee.” In addition, it featured a tribute to singer Adelaide Hall, a jazz singer who rose to prominence during the Harlem Renaissance, performed by senior Taylor Robin and Junior Eki Uzamere. The Director of the Performing Arts Department, Bettie-Ann Candelora, spoke at the concert about the influence of the Arts on the community, as well as the dedication of the musicians and actors.