To give or not to give 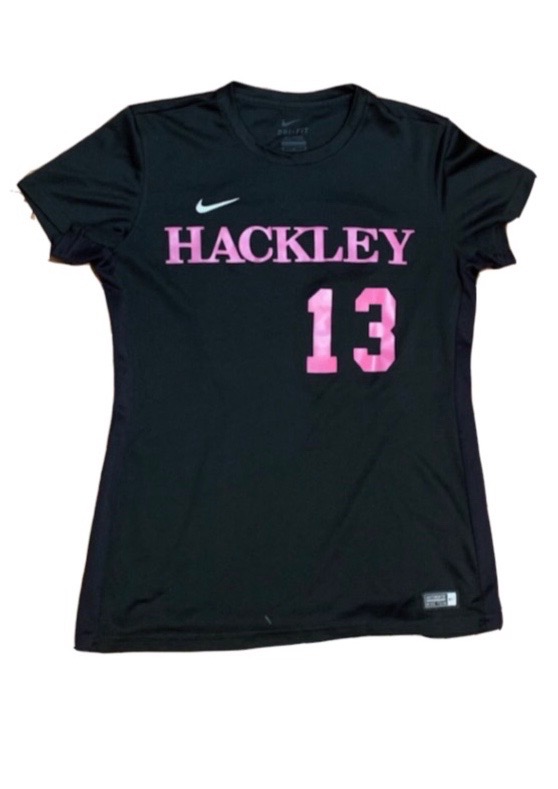 By The Editorial Board

The editorial board argues for continuing the tradition of giving out sports jerseys, positing that the tradition encourages school spirit and attendance at games — although alterations to the tradition must be made to ensure the comfort of students
Jersey giving, a long-standing tradition on the Hilltop, is performed by student-athletes who offer their jersey to the person of their choosing. This acts as an incentive for the person to go to the athlete’s game taking place at the Sting. This tradition recently became problematic, as upperclassmen assigned their teammates, usually underclassmen, to a specific person to offer their jersey to. For example, male freshmen were assigned to female seniors, and female freshmen were assigned to male seniors.

Many students, faculty, and coaches view assigning athletes to specific people an act of hazing. Traditions like this potentially put students in an uncomfortable position, as they are embarrassed to give a jersey to someone older than them. Additionally, students who do not receive a jersey feel excluded from recipients. Another issue that has arisen from this is the fact that many of the acts of offering a jersey have been done in a public display, usually being filmed by members of the team and later posted on social media.

Taking into account these arguments against the jersey giving tradition, many members of the student body feel that jersey giving is an integral part of the varsity sports experience, and is a great way to create buzz around sports games.

“Jersey giving is a tradition that I have participated in since Freshman year, and believe is essential to making up what it means to be a varsity athlete,” said Patrick Schulman, captain of the boys varsity soccer team. To him, the tradition is entertaining for all members of the team: “It is fun to look back on the social media posts and see who you had to give your jersey to freshmen year, and also seeing the person you gave the jersey to wear it at your game.” In addition to the entertaining aspect of this tradition, one of the best aspects of jersey giving is how it initiates talk around the game.  “I think that it is a great way to get people excited about our games and make them interested in attending.”

The tradition of jersey giving has many benefits that are centered around enriching the varsity experience, and increasing attendance at varsity sports games. Jersey giving is an act that has been occurring for years, and now may athletes, who had to give their jerseys out in past years, believe that jersey giving is a necessity in order to get both the players and spectators excited for big games. The most important reason to give the jersey giving tradition is alive is the fact that people become interested in the game once they witness a jersey being given. In addition to the people witnessing, because every athlete gives out a jersey, this increases the numbers in attendance at a game. This is because the recipients the jersey are prompted, not required, to attend the game of the person they received a jersey from.

“It is a great feeling to see people come to your games and wearing your jersey,” Annabel Ives, senior and member of the varsity soccer team said. “I think it definitely gets me and my teammates excited for the game, and also urges us to play harder for the spectators.”

We urge that captains, coaches, and members of the athletic programs collaborate in order to maintain the tradition of jersey giving. However, there needs to be alterations for the way in which athletes go about giving jerseys. Jersey should be given in a respectable manner that does not pressure the athlete to offer their jersey to an assigned person, and does not pressure the recipient to accept.  This includes not making the act of jersey giving a public display, and not posting pictures on social media.