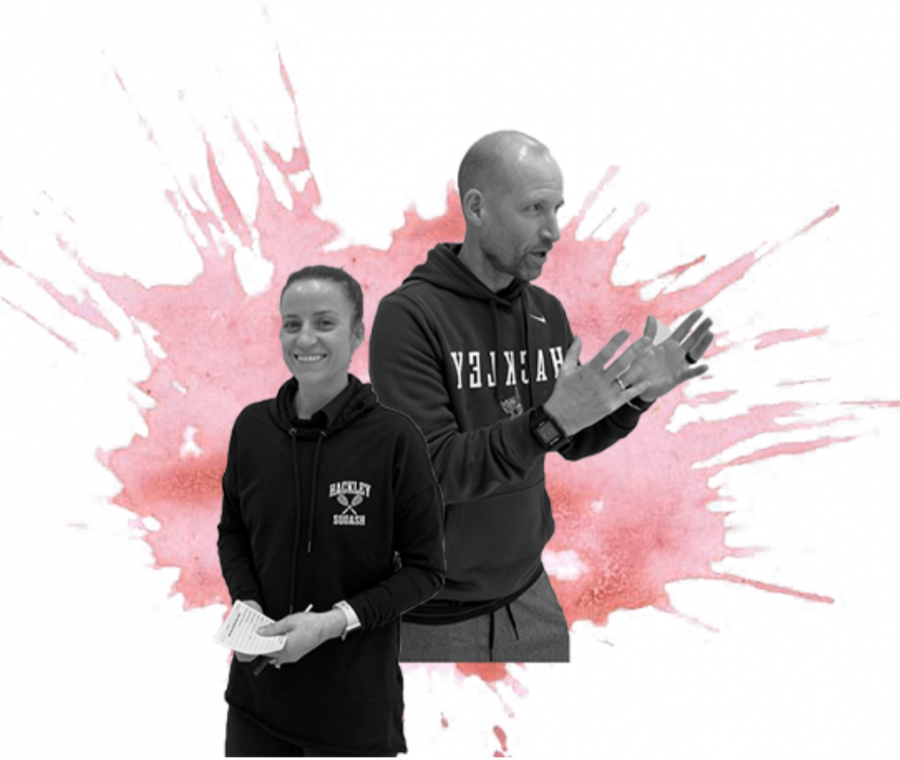 "We think it's important to build a culture where everyone knows what to expect when they show up to play and know that they are here to learn new things and enjoy the social, mental, and physical benefits of playing squash." - Coach Rix

By Hadley Chapman and Calista Santomero

Squash, not to be confused with the vegetable, is a fast-paced racket sport played indoors. It is an all-year sport for those who participate in tournaments, but for school purposes, it is played during the winter. Squash is both a mind and body workout for players as they must outwit and outrun their opponents. The sport tends to be overshadowed by more popular ones like basketball, but the program deserves more recognition. Led this season by new head pro Tina Rix and assistant coach Colin White, they have set out to reshape the program, which has had its ups and downs over the last few years.

At the end of the 2018 winter season, Hackley’s longtime squash coach left and his position was taken over by Adrian Grant, the boy’s coach, and his assistant, Alberto Rezende, who would coach the girls. While they were good squash coaches, they didn’t have a strong vision of what they wanted the Hackley Squash program to look like.

“Last year was very fun but very laid back and nobody really stressed too much about the outcome of our matches and practices were very easy,” current sophomore, team member Catherine Lapey said.

This year’s coaches Rix and White have dedicated more time, practice, and effort to the program. Their efforts can be seen through how excited players are about squash this winter.

“So far this year, squash has been awesome. We are currently undefeated and hope to continue our winning streak. The team culture is phenomenal and we are all looking forward to a great season,” junior captain, JB Rosenthal said.

This positive attitude stems from both coaches who have created a fun and challenging environment.

Coach Rix’s life has revolved around squash since she was nine years old. Once she hit her early teens she knew that she wanted to dedicate all of her time and energy to the sport. She went on to play squash professionally and on the world tour until she was 25 years old.

According to Rix, squash has provided her with the opportunity to travel the world, meet different people, learn the importance of teamwork, and focus on mind and body health. She feels that squash has given her so much and she wanted to share the sport with others so that they can get as much out of the sport as she did. Rix turned to coaching because she felt that by teaching people how to play, she would be the most successful in impacting the lives of others. She has coached at all different public community centers, clubs around the world, and multiple schools.

She decided to look at Hackley because when she saw the Johnson Center, she realized that the school was committed to developing strong sports teams and creating a community focused on health and wellness. When she interviewed, she realized that a lot of the school values aligned with her own and she knew this was the place she wanted to be.

Coach White started playing squash when he was nine years old because his dad and brother played. It became a family activity they did together in their free time. He found he had a special love for it and he decided that he wanted to get more serious with the sport. His dream was to be a coach and he fulfilled this when he was 16. Later in life, he went on to coach both the Hungarian and Austrian national squash teams.

Similarly to Rix, White feels blessed to have been involved in the sport because it gave him the opportunity to travel around the world. As well, it was through squash that he was able to meet his wife and without the sport, he isn’t sure what his life would be like.

Their goals are to teach all their students to enjoy playing the sport and develop a love for the game. They hope that this lifelong love of squash will instill an accepting culture into the sport and create a stable environment where everyone knows what to expect when they show up to play.