Students in the independent research course meet with Mr. Flanigan to talk about their respective topics. At this point in the year, class members have compiled sources that have helped them to learn more about their historical and literature interests.

Swap lab coats and petri dishes for Harkness tables and JSTOR, and explore the new opportunities for research in the humanities at Hackley. This class, entitled Independent Research in English and History, is a new addition to the course catalog for the 2019-2020 school year.

In the minor, students can opt to explore a topic in English or History, and work with English teacher James Flanigan or History Department Chair William Davies, respectively. Students enrolled in this course must hone in on a specific topic or idea, as is the case with the well-established Independent Research Program in science. The enormous amount of information and analysis that students amass throughout the year will culminate in a research paper submitted in June.

Topics for these research projects are entirely student driven. This year, they span a wide array of niche interests, from senior Emma Brennan’s exploration of Irish rebel songs of the early 20th century to senior Chiara Kaufman’s analysis of James Joyce’s use of stream of consciousness narration. Students enrolled in the course were also tasked with a summer assignment prior to its commencement: reading texts related to the general theme of students’ topics in addition to excerpts from Wayne C. Booth’s The Craft of Research.

In order to crystalize the specific research question students will answer in their thesis-like paper each student presented their to-date research to the class this past October. This presentation allowed students to verbally articulate their ideas and entertain suggestions from their peers. Aside from presentations, daily classwork usually consists of individual research (reading and finding sources) as well as meetings with research advisers.

Seventeen students have taken advantage of this unique opportunity and braved the dense language of textbooks and intimidating blank Google documents. Thousands of words and many months later, Hackley upperclassmen can confidently assert their experience in research in the humanities. 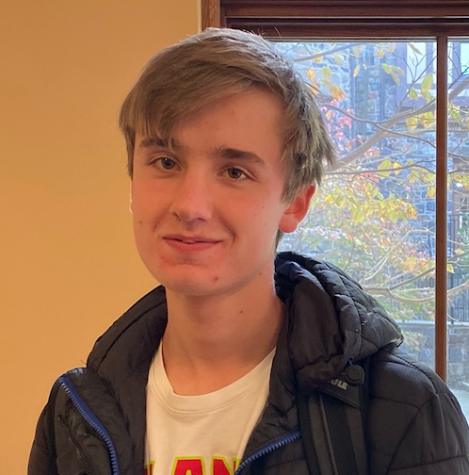 Junior Austin Benedetto’s historical research was inspired by the hit AMC drama Mad Men. The show takes place in the 1950s and is centered around “ad men” (people who work in advertising) on Madison Avenue in New York City.

His interest in research combined with his recent viewing of Mad Men prompted Austin’s pitch to “learn more about the time period of advertising [in which the show takes place].”

After doing research over the summer and in the beginning of the school year, he noticed the similarities between advertising and propaganda, and shifted focus to learn about the role of propaganda in the United States during World War II.

Austin determined that “advertising agencies of the time used the national need for engagement [in the war effort] to their advantage.” By doing propaganda work for next to no money, agencies set the stage for the extreme influence that they would have in the two decades following World War II.

In history classes that are often tasked with covering content spanning hundreds of years, Austin would not have been able to explore his topic as deeply and specifically. Moreover, this project has offered a unique experience in that he unilaterally has the creative license to design his own argument and topic.

In Austin’s case, his inspiration stemmed from something meaningful and important to him: Mad Men. 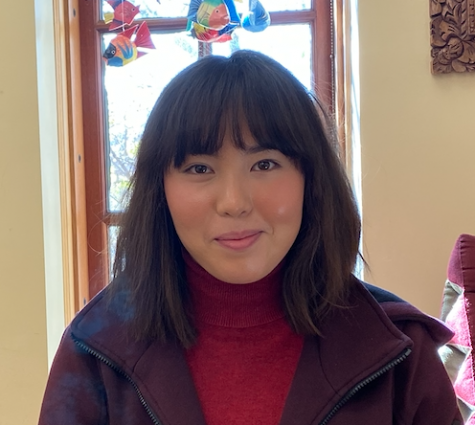 Senior Erin Lynch has been brainstorming ideas for English research since the end of her sophomore year, before the Independent Research Program in the humanities was created. Enrolling in this new course was a natural next step for her.

Erin decided to explore the way that technology intersects with the environment, hoping to learn as much as she could about “humanity’s impact on the environment.”

Because she is writing an English paper, her research is largely centered around specific texts. Over the summer in preparation for the course, Erin read Paris in the Twentieth Century by Jules Verne and Something New Under the Sun: An Environmental History of the Twentieth-Century World by J.R. McNeill.

Both of these novels outline the way that technology has altered the environment. A crucial difference between the two, however, is that Paris in the Twentieth Century is a science-fiction novel that takes place in 1863 and describes the future of the 1960s, whereas Something New… is an analytical piece analyzing the way that the environment has been changed throughout the 1900s.

In her paper, Erin will explore the unique intersection between the real and imagined influences of technology on the environment.

Despite this compelling idea, Erin adds that it is “hard to say whether what you’re looking for is actually out there, and, if it is, whether there’s enough of it for you to research thoroughly.” Nevertheless, she is determined to succeed in her research endeavors.